“You should change your attitude, not your sky” – Seneca

I began writing this travel log to keep record of the places I visited, people I encountered and things I experienced during my travels around the world, working as an inkjet-technician for ceramic industries. But this is also a personal project, about practicing an ancient philosophy of life in modern times.

There is, obviously, a big difference between traveling for pleasure and traveling for work. My journeys to industrial areas, mostly in the Middle-East and Asia, are not pleasurable nor comfortable. Nevertheless, I have found them to be more interesting experiences, and sometimes, more memorable than many travels I’ve made for leisure.

When traveling for work you get to know the reality of the people and the country, in a much deeper level than doing it for pleasure. You work with the locals, eat with them, meet their families and experience their life and problems firsthand. Sometimes they help you explore places in a way that you would hardly be able to do as a tourist.

In such journeys you are forced to leave behind your comfort zone, spend much of the time alone, standing in airport security lines, driving through dusty roads, in hotel rooms, thousands of miles away from your people. After several years keeping a semi-nomadic and unbalanced lifestyle, my physical and mental health were beginning to pay its toll. I thought necessary to re-evaluate all my life habits and attitudes. I found that practicing some form of Stoicism would be helpful to cope with the daily challenges of work and constant travel. And I didn’t run out of opportunities for practicing; long stormy flights, dangerous driving, endless traffic-jams, jet lag, extreme temperatures, cultural barriers, or food-poison, to say some.

I was interested in Stoicism in my early youth, when I found Seneca’s Letters to Lucilius in my father’s bookshelf. I became absorbed by the book, and I thought it was not just enjoyable to read, but also filled with insights about life. Back then I didn’t know that those texts were not just the result of applied common sense, but the unfolding of a systematic and coherent philosophy.

In 2012 I come across the Stoicism Today project, which started as a workshop at the University of Exeter, in the U.K. It has grown into a large worldwide event, with people all over the world applying Epictetus’s philosophy to their lives, again, after two thousand years.  I decided that I will put Stoic philosophy into practice, especially during my travels. Throughout the last three years practicing Stoicism, I have tried to adapt it to my needs and circumstances, and I have found it to be a very useful philosophy of life. This blog is the result of those experiences. 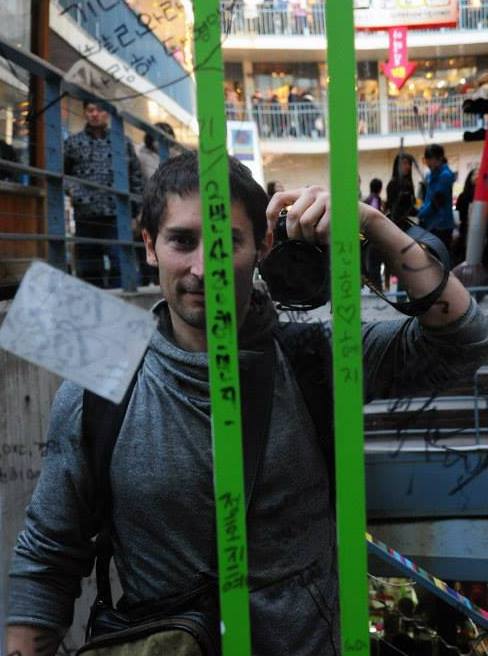